The world needs a new biography about this consummate deal-maker. Kirk is 95 years old as a I write this and gradually slowing down. The man is a rare example of a bona fide rags-to-riches story. His one and only biography was published in 1974. That’s 39 years ago. 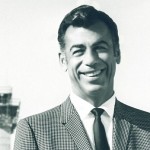 Yesterday I contacted the well-known author of several tycoon biographies and pitched the idea to him. He responded with a non-committal “I’ll ponder it.” I’m not holding my breath.

So if there are any other biographers out there looking for a subject to write about, please consider Mr. Kerkorian.

He’s worth studying for a number of reasons which include the manner in which he constructed his deals. Specifically, he was notorious for the “revolving door deal” wherein he would sell a company to buyer with such onerous covenants that the buyer would eventually have to return the company to him. In The Tycoon Playbook we dissect one such deal and analyze it in detail.

These deals led to his nickname the “Smiling Cobra.”

It’s important to understand that he used this strategy in deals with huge players and not the little guy.