Why Study Tycoons and Their Growth Strategies?

Here’s Why You Should Study Tycoons

Do you have what it takes to succeed at the tycoon level?

Here are three reasons why any serious entrepreneur needs to study tycoons:

– Tycoons are creative problem-solvers. While most people give up on their goals after hitting an obstacle or having a set-back, tycoons almost always find a way to get the deal done and keep their momentum rolling forward. Where there’s a will there’s most certainly a way.

– They are unstoppable. They are real life “Terminators.” Friedrich Nietzsche is famous for having written about the “will to power,” which he believed to be the primary driving force in humans. Specifically, it’s the ambition and drive for achievement, recognition, and the highest possible position in life. Tycoons tend to be the best examples of people with this type of drive.

– And last but not least, they are builders. They build companies, edifices, and empires. The best ones leave behind a legacy as well. 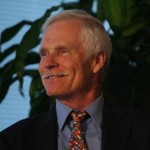 If your only goal is to become rich, you’ll never achieve it. It’s not just about the money. It’s about finding something that’s fun to build over the long haul.  – John D. Rockefeller

I had no ambition to make a fortune. Mere money-making has never been my goal, I had an ambition to build. – John D. Rockefeller

Nobody told me that building stuff, not getting stuff, was the key to happiness. It took getting a lot of stuff to figure that out. – Jonathan Brill

I may have more money than you, but money doesn’t make the difference. If there is any difference between you and me, it may simply be that I get up and have a chance to do what I love to do, every day. If you learn anything from me, this is the best advice I can give you. – Warren Buffett

Allow these words to sink in. To have the best possible results in life you must find some interesting and lucrative challenges to work on. Tycoons love what they do.

Money by itself is a terrible long-term motivator for most people. Its power to motivate fizzles out quickly in the face of even minor frustrations.

Life is like a snowball. The important thing is finding wet snow and a really long hill.

Learn about how tycoons make money.

19 Responses to Why Study Tycoons and Their Growth Strategies?