How Aristotle Onassis Grew His Empire

One of the most interesting tycoons you can read about is the Gatsby-like Greek shipping magnate Aristotle Onassis (1900- 1975). He was one of the most high profile people on the planet back in the 1960s and ‘70s. You could say that he was the Mick Jagger of the business world back then. The media covered not only his business life but his personal one as well, particularly his romantic affairs with famous actresses, models, opera divas, and a presidential widow. 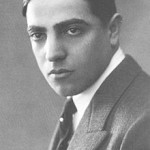 Aristotle Onassis, a man on the move in 1932

Onassis was born in 1900 in Smyrna a Greek region of what is today Turkey. However, for much of his life he attempted to shave 6 years off by claiming that he was born in 1906 in Salonica, Greece. The truth finally came out in 1968 when the FBI had started digging into his affairs, yet again, this time over his announced marriage to Jacqueline Kennedy the widow of JFK. Onassis was born into a middle-class family which made a living in the tobacco business in Turkey. Shortly after WW I ended, in 1922, Smyrna was retaken by the Turkish army and those members of the Onassis clan who weren’t killed in the fighting fled as refugees to Greece with little more than the proverbial shirts on the backs.

By then the 22 year old Onassis was driven by a great ambition to succeed. Unfortunately Greece at the time didn’t offer much opportunity for anyone whose family wasn’t in shipping.

Not wanting to waste any time, Onassis quickly did what had to be done. He headed west—to Argentina. Back then many economists were predicting that the 20th century was going to be Argentina’s.

As legend has it, he did everything possible to advance himself over the next decade of his life. Upon arrival in Argentina he found employment with a telephone company as an operator on the graveyard shift. He took advantage of this position by eavesdropping in on long distance conversations with London and New York in order to pick up insider business tips. This snooping enabled him to spot an opportunity in the tobacco business which he could exploit through his family connections. He also joined exclusive clubs that he could barely afford in order to make beneficial connections. There’s also the famous story about how he managed to secure a business partner who could finance his initial deals. He identified a suitable party, a cigarette company executive, and then camped in front of his target’s residence. He informed the gate-keeper that he wished to speak to his employer about a business venture. The executive wasn’t interested at first and instructed his chauffeur to drive past the young man without stopping. Finally, after a few weeks, if I recall correctly, he was won over by the young man’s determination and perseverance and stopped his Rolls-Royce to talk to him. Thus began a business partnership of legend.

During his 1920s residence in Argentina Onassis made his grubstake by importing a certain type of Turkish tobacco that women preferred their cigarettes to be made from over the more widely sold Cuban variety. After ten years he had gone from pauper to wealthy young man about town with an estimated net worth in the millions of dollars.

Despite his tobacco successes in Argentina, Onassis decided to move on in 1933 into a bigger business. He chose the traditional Greek field of shipping. This is where all the wealthiest Greek families made their money. If you wanted to be a player in Greek society, you had to own ships. However, since he came from a tobacco merchant family he lacked both connections in and knowledge of the shipping industry. Fortunately for Onassis he had a close friend in the shipping business, Costas Gratsos, who could introduce him to the right people in shipping circles. His next step then was to pack up and move to London which had become the global center for the shipping business. Most of the Greek shipping families were living there by the 1930s so it was a target rich environment for an aggressive hustler and social climber such as Onassis.

During the 1930s he slowly entered the shipping business relying on his friend Gratsos’s mentorship. The second World War was fairly uneventful for him since two of his three ships were confiscated by neutral Sweden for the duration of hostilities.

Onassis’ big breakthrough came after the war when various governments decided to sell off ships used in the war effort, including tankers. His first acquisitions were two steamships from the Canadian government which he named after his parents. His next purchases were from the American government which was auctioning off hundreds of ships from the Liberty, Victory, and T2 Tanker classes. However, Onassis was initially unable to bid directly on these ships due to a number of factors both legal and resulting from his status as an outsider in shipping circles. To get around this obstacle he formed an All-American dummy corporation and appointed a U.S. admiral as CEO. The corporation then immediately applied for ten ships and was approved for four on the same day. This strategy allowed Onassis to acquire 24 ships in total by 1949 which included 12 of the extremely valuable T2 tankers.

This is when the Onassis empire finally began to emerge.

Find out the secrets of how he succeeded here Adventures of a Hustler Part 2.

One Response to Adventures of a Hustler: Aristotle Onassis Part 1