The Profit: Marcus and Honest Foods

This was a very good episode if you’re more into the business lessons than the drama.

The Honest Foods catering company was launched in 1997 with three thousand dollars by Tad Devlin. Tad just has a natural flair for cooking and his food looks mouth-wateringly tasty. Honest Foods then grew into a company serving the film and television production business in Chicago.  In recent months the its sales have dropped 30% and Tad is deeply worried. Hence the call to Marcus. Unfortunately the reason for the drop is never looked into nor explained. It would have been interesting to know why this is the case.

Marcus who is into saving companies and jobs quickly realizes that the core problem at this point is underutilized capacity. The company has too many employees for the level of revenue coming in. So the choices are start laying people off or find a way to start generating new revenue with the excess capacity. Of course our man Marcus goes for the second option.

This is where the episode got interesting. What would you have recommended? My mind instantly started think about going after the corporate market. The CEO is having a birthday party? Or maybe Gwen the CFO is retiring after 30 years with the company? Or maybe it’s that time again for the office Christmas party? These are the kinds of events that lead to corporate celebrations.

However Marcus came up with an entirely different way to fill up the excess capacity and save jobs. It involves expanding into the food truck business.

Great idea as is usually the case with our hero. The visit to the block in downtown Chicago where all the different food trucks line up made me think every city should have such a strip.

There’s a bit of it due to the fact that Tad can be rather insensitive at times with employees. We later find out that he was seriously ill some years ago and almost lost everything. I think we all forgave him after that revelation.

Marcus offers $300K for 33% of the business plus final say on the big decisions. Tad accepts. 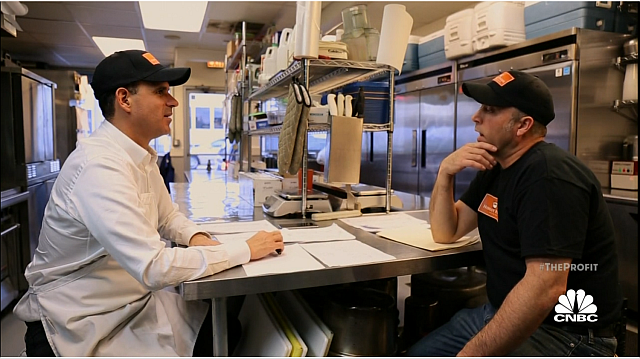 Marcus and Tad hammer out a deal for Honest Foods.

Although the episode ends with Marcus having Honest Foods cater an event at his flagship company, its food truck division looks promising.

This is a common off and on problem for most businesses as revenues often fluctuate for a number of reasons ranging from economic conditions to seasonality, to a myriad of bad decisions made by the management. I have known people who made a good income by matching up parties who needed capacity with those who had an excess of it. If Loretta needs a manufacturer for her new line of widgets and and Franco’s plant has a lot of slack capacity they would put them together for a finder’s fee, commission, or royalty. Everyone wins.

If you’re looking at buying businesses in The Tycoon Playbook way one of the things that you do is look for excess capacity in the target business and come up with ways to remove it after you take over.

This was a good business lessons episode.