The Buddhist Priest Who Became a Billionaire

The Success Philosophy of a Japanese Billionaire

Here’s a look by Bloomberg at an intriguing Japanese billionaire and Buddhist priest named Kazuo Inamori.  He is an 83 year old tycoon who has been involved with growing several large corporations. What was the key to his success? Well it’s one I have espoused since the beginning my career.

END_OF_DOCUMENT_TOKEN_TO_BE_REPLACED

How Trump Invented Trump: Inside the Empire

How Trump Invented Trump: Inside the empire

With The Donald in the news days, Bloomberg Business takes a long look at how he built his empire.

“Hey, if you want a nice, easy, OK life, you can be in the pack … but if you really want to do something, you do have to get out of the pack.” – Donald Rump

END_OF_DOCUMENT_TOKEN_TO_BE_REPLACED

The Great Kirk Kerkorian Has Died

I just received word that the great Kirk Kerkorian died Monday at the age of 98. Kerkorian was one of the great tycoons and an inspiration for the creation of The Tycoon Playbook. He will be missed.

END_OF_DOCUMENT_TOKEN_TO_BE_REPLACED

How Rupert Murdoch Built His Empire

My past consists of a series of interlocking wars.  – Rupert Murdoch

Whether you love him or hate him, you have to admit that Rupert is one of the great disruptors and newspaper magnates of the past 65 years.

How did Murdoch get started? It’s an interesting story as all tycoon stories are.

Murdoch inherited a small newspaper after his newspaperman father died in 1952. Rupert was only 21 years old.  The newspaper served as his grubstake and he took to building it with a great passion which in turn inspired his staff to give him their best. Within a few short years Murdoch was engaged in an aggressive acquisition campaign to control additional newspapers across Australia. This period included his war with the Packer family for dominance in newspapers. In 1968, he started acquiring British newspapers and in 1973 American ones. According to the book All the Money in the World:

Then he maneuvered his way around the world with a fistful of loans and a remarkable ability to seize opportunities and build major media properties from scratch. Every acquisition Murdoch made was financed by mortgaging his properties to buy new ones.

Here’s a one hour BBC documentary on his life.

END_OF_DOCUMENT_TOKEN_TO_BE_REPLACED

15 Billionaires Who Were Once Dirt Poor

I just came across this quick look at 15 billionaires who are bona fide rags to riches stories. 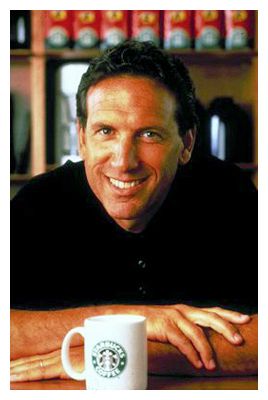 In an interview with British tabloid Mirror, Schultz says: “Growing up I always felt like I was living on the other side of the tracks. I knew the people on the other side had more resources, more money, happier families. And for some reason, I don’t know why or how, I wanted to climb over that fence and achieve something beyond what people were saying was possible. I may have a suit and tie on now but I know where I’m from and I know what it’s like.”

END_OF_DOCUMENT_TOKEN_TO_BE_REPLACED

Posted in Billionaire Profiles, How to Succeed | Tagged billionaires | 3 Comments
« Previous 1 2 3 4 5 Next »