Anyone who has built a company from the ground up understands that the initial high growth rate levels off all too quickly. At that point the entrepreneur has a choice between:

1) fighting the Law of Diminishing Returns to extract every last inch of growth from the existing company, or

2) adopting a more advanced growth strategy based on expansion through the acquisition of competitors, suppliers, customers, and other companies related to his strategy.

In the vast majority of cases, the first route provides far slower growth than the second. Moreover, most people go with the former simply because they don’t have the skill set and confidence to employ an acquisitions strategy. 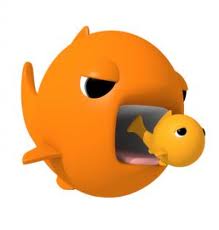 A study of how billionaires become billionaires shows that they employ the second route because it offers the possibility of 50% per annum growth rates, or better, over a prolonged period of time. That explains why they end up as billionaires.

By the way, this is also by far the most fun way to make money because you will never have a chance to get bored. There’s always a new deal to work on. The entrepreneurs who can grow just one business for five or more years without burning out are rare. Meanwhile billionaires frequently work well into their eighties and nineties because what they do is actually fun.

In fact, it’s so much fun that the people who start off by employing this strategy as a secondary one frequently adopt it as their main one once they have a deal or two under their belts.

Here’s one more reason why you should seriously consider learning how to grow your business this way: there’s less competition. While the masses today are focused on building the 200th “social networking” site or 564,745th app, you will be operating in a rarefied atmosphere with a much smaller number of competitors.

Are These the Real Business Growth Strategies Used by Billionaires?

The answer is a resounding “yes!”

Think of this as a course for both deal-makers and aspiring deal-makers. We study self-made billionaires and tycoons and focus in on their early days so that you can start off on the right foot. There’s nothing like starting off on a new adventure with a reliable road map. It boosts your confidence level.

The most sure-fire way to go after tycoon status, if that’s your goal, is through a combination of multiple-company building and mergers & acquisitions activity over an extended period of time, usually covering a decade or more. Billionaires rarely rely on just one company to make them billionaires. (In most cases, that’s as realistic as pinning one’s hopes on winning the Powerball Lottery.) Instead they understand that the road to wealth consists of a long series of deals involving the purchase, improvement, and sale of many business assets.

Unfortunately, it’s a seemingly tough line of work to step into. Why? Well first of all, deal-making is normally a game for established players. By “established” I mean that they have achieved the critical mass in both financial strength and reputation necessary to be taken seriously by the other players in the field. Second, most people are terrified of even taking the first step into this lucrative field because they don’t understand that there’s a proven winning formula they can copy and employ successfully. Third, the players already in the game do their best to scare off new entrants because they don’t want competition.

This course is designed to teach you the proven strategies of people who have been successful at it and how to start using them today. The program will accomplish this by:

2) helping you to create workarounds for any obstacles (e.g., lack of capital, experience, and reputation) you may face in entering this field. As the old saying goes, where there’s a will, there’s a way.

However, if you’re held back by wimpiness or laziness, I can’t help you.

The meek shall not inherit the world. We happen to live in a very Darwinian world.

The course requires that you have basic entrepreneurial skills as well as the ability to recognize opportunities in your industry. The great thing is that the course will show you how to spot both existing and emerging opportunities. The course also requires that you have the patience and self-discipline to study, learn, and practice the strategies and tactics it will teach you.

The most important quality to have for success is a willingness to learn and implement new lessons. This is not for the meek or those seeking get-rich-quick schemes.

The critical ingredient is getting off your butt and doing something. It’s as simple as that. A lot of people have ideas, but there are few who decide to do something about them now.

Not tomorrow. Not next week. But today.

The true entrepreneur is a doer, not a dreamer.