How to Hit Your First 100 Million

If I have seen farther than others, it is because I was standing on the shoulder of giants.

As I explained in this post you can play the game of business at three levels. The lowest league is the one we call Small Business. Owning a small business is tantamount to having a job in the majority of cases. The big problem here is that when you decide to quit few will be willing to buy your job from you. Would you pay 3X for an annual income of $80K?  Probably not. It’s not a wealth creator in most cases.The next league you can play in is Entrepreneurship. Here you have a shot at creating something that will reward you with wealth. However, it’s always a long shot. The top most league is Capitalism. This is about using a grubstake of capital to acquire more capital in a serial fashion. It’s a numbers game in that while of a few of your deals may not pan out, once you have climbed the learning curve, the majority will.

Capitalism is a game most people, including proven entrepreneurs, can’t even contemplate entering due to a number of false assumptions.

The Tycoon Playbook teaches entrepreneurs how to up their game and enter into the top league.

Let’s look at the things you will learn in the course.

The Tycoon Playbook: Learning From the Best of the Best

The Tycoon Playbook is the ultimate course on advanced business growth strategies including acquisitions.

While most of us will never be tycoons that doesn’t mean that we can’t learn their strategies and tactics and use some of them for our own benefit. That’s the objective of The Tycoon Playbook. 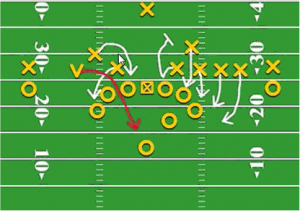 The Tycoon Playbook enables you to understand how most self-made billionaires and lesser tycoons have built their empires since around the 1850s. I have about 25 years of experience in running businesses, including over ten as an intermediary helping others to buy and sell theirs. On top of that I’m a history buff who has had a secret fascination with how great fortunes have been created from nothing since school. Friends joke that historian Niall Ferguson and I are long lost twins because of this shared interest. However, while he approaches the subject like an academic and doesn’t get into the actionable lessons, I approach it like an entrepreneur.

In other words, I am just interested in actionable lessons.

This is a good question. The Tycoon Playbook is simply about learning what self-made billionaires and tycoons did right in the early days of their careers. They obviously did something right.

There’s really no magic in understanding someone else’s strategies and tactics, if you put in the time to dissect and analyze them. Remember, that The Tycoon Playbook is focused narrowly on one proven systems-based pathway. That’s the one where wealth is accumulated through serial acquisitions of cashflow producing assets. You start with one business, and then you buy a second, and a third, and a fourth, and so on. The tycoons who did it this way far outnumber the ones like Bill Gates, or Jeff Bezos, or Mark Zuckerberg who did it with just one company by a wide margin.

Your Booster Rocket for Success

Equally importantly, the Playbook focuses on just the start of these stories. Every story has three parts: the start, the middle, and the end. The most important part is the start because it determines the basic trajectory of the protagonist’s life. In other words, you can think of the Playbook as your booster rocket for not only achieving escape velocity but also getting on the right trajectory for success. The Playbook achieves this by showing you how to do your first few deals and then lay the foundation for the systems that will enable you to do many more. How far you then go is up you and a bit of luck.

The Playbook doesn’t cover doing Wall Street-sized deals although it does show you how to prepare for the transition if you decide later on to move up into the middle-market.

Success with this approach comes not from brilliance but from following a simple cookie-cutter system for:

-determining if they are do-able,

-selling them at the best possible price.

Where does the cookie-cutter system come from? It comes from studying the self-made tycoons who dared to buy their first business and then just kept buying more. This is how almost all great business empires are built.

Almost anyone can follow a cookie-cutter system for building wealth. No genius is required. Not much luck is required either, although a bit is always helpful. In the end all business is a numbers game. Far more of your deals will be winners than the unavoidable losers if you bother to learn from the best.

If you are committed to going for your first 100 million, click here.