So he invented just the sort of Jay Gatsby that a 17 year old would be likely to invent, and to this conception he was faithful to the end. – F Scott Fitzgerald, The Great Gatsby

One of these days I plan to do a Top 10 Billionaire Movie List but all I have time for today is a quick heads-up that the long-awaited 5th version of The Great Gatsby comes out in early May. This is the one with Leo DiCaprio in the lead role and, going by the trailers, he may just pull the part off successfully. Although I do have a few quibbles with some of the other casting choices, Tobey McGuire was an excellent pick for Nick Carraway the narrator and my favorite character in the story. 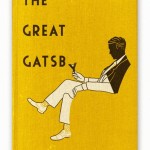 The Great Gatsby movie comes out in May 2013.

Sadly, all of the film versions to date have been disappointments, including the one with Robert Redford in the lead.

While I thoroughly enjoyed the novel, I found myself equally frustrated with it as well. This is due to the fact that it leaves huge gaps in Gatsby’s history. When we meet Jay he is already fabulously wealthy but are given no explanation as to how he got there. It’s a rag-to-riches story with the most interesting part left out entirely. I wanted details on how Jay had made his money, but Fitzgerald offers none. I can only surmise that as someone who was born into a well-to-do family he simply had no interest in the details of how money is made.

What would be the use of doing great things if I could have a better time telling her what I was going to do? It’s easy to fall so in love with the idea of starting that we never actually start. – The Great Gatsby

Whenever you feel like criticizing any one just remember that all the people in this world haven’t had the advantages that you’ve had. – Nick Carraway, The Great Gatsby

Here is a trailer for the new film version: