It feels like an anachronism in this age of Internet to see a tycoon make a huge investment in an old school industry such as railroads. Even more so when it pays off in spades. However, that’s precisely what Warren Buffett did about three years ago.  Now he is being rewarded.

END_OF_DOCUMENT_TOKEN_TO_BE_REPLACED

The Men Who Built America: The Railroads 2

7 Wonders of the Industrial World

This BBC series is one of my all-time favorites. The frustrated engineer in me has always enjoyed these types of programs which show how huge engineering problems have been solved. I mention the series because I just watched the episode on the transcontinental railroad for the 5th or 6th time. Not all of the stories take place in the USA but they are all worth watching if you have an interest in this kind of thing.

END_OF_DOCUMENT_TOKEN_TO_BE_REPLACED

With more episodes being planned, I am keeping my fingers crossed that the series will cover the building of the first transnational railroad. This particular story is full of outrageous behavior by characters rightfully called Robber Barons. 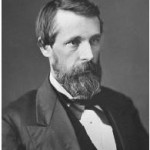 One of the most entertaining stories is about the financing of the western half of the railroad. This consortium began from the central California laying track eastwards while the other started simultaneously in the Midwest building eastwards. The plan was for the two to meet in the middle and connect their tracks. Both groups relied heavily on government support to make the enormous projects viable. This support came in the form of both land grants for right-of-ways and money. In some cases the right-of-ways were 20 to 30 miles in width. The cash component was paid out every time the line achieved a mileage milestone and not before. This created some cash flow problems for the consortiums. The western group headed by Leland Stanford and Collis Huntington received incentives from the federal government consisting of $24 million in financing and over nine million acres of land for railway rights of way.

END_OF_DOCUMENT_TOKEN_TO_BE_REPLACED

How Tycoons Think and View the World

Sometimes you’re treated like a skunk at a tea party.  But that’s the fate of anyone who challenges the status quo. – Rupert Murdoch

I just discovered Hell on Wheels a couple of weeks ago and decided to give it a try because there was nothing else to watch.  I ended up liking it.  While the lead character is a walking cliche, the real star and saving grace of the show is railroad magnate Thomas Durant as played by the great Colm Meaney. Durant was one the tycoons who built the first transnational railroad after the Civil War.