How Carlos Slim Made His Fortune

Carlos Slim: How Great Fortunes Are Made

If you study the history of how great fortunes have been made over the past 160 years or so [1], you come to understand that there are just a few growth strategies or “tycoon plays.” One way is to focus on building up a single company to a colossal size. Think of Bill Gates, Mark Zuckerberg, Jeff Bezos, and the Google Guys as examples. However, the more common way is through a combination of building a single company with sales growth and wheeling & dealing in acquisitions. A third way is to be a deal-maker exclusively who just wheels & deals in companies.

It’s important to understand that even the single company builders have to eventually resort to acquisitions because it’s the only proven way to maintain high growth over a prolonged period of time. Do you want to shoot for billionaire or tycoon status? If you do, you will need to sustain a hyper rate of growth over many years.

Frankly, I can’t think of any company off the top of my head that grew to a large size without acquisitions. If you know of one, let me know. 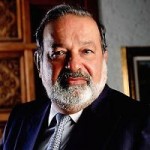 The unfortunate thing about the so-called Information Age is how few of today’s aspiring entrepreneurs understand that most fortunes have been made through the acquisition of companies. Many people are quite surprised to discover that there is any other way besides the Bill Gates model (although MS has done acquisitions as well). This is due to the fact that Internet media focuses almost exclusively on its own stars and the easy to understand parts of their strategies. Acquisitions fall into the complex category.

It’s About The Journey Not the Destination

Hardly a week goes by now in which a site like Business Insider or Tech Crunch doesn’t do a fawning piece on the current crop of MBAs and their “entrepreneurial projects.” I put these two words in quotes because spending a week or two coding an app which will most likely never be used is not entrepreneurship in the true sense of the word. Even if the app is used the project still would not qualify as entrepreneurship. The focus on building apps and other get-rich-quick ideas is the result of wanting to emulate the Mark Zuckerbergs and others who became immensely rich almost overnight. Few people have the discipline and maturity needed to take on a venture that will take at least a few years to pay off.

In contrast to this short term “I-want-it-all-now” mindset we have the other guys. These are the ones who commit to the journey not the destination. They want to devote their lives (not just a year or two) to building something that they can leave behind for their kids, grand-kids, and posterity.

Carlos Slim’s rise to top spot on the world’s richest list a few years ago serves to remind us that there is another way to creating wealth besides being a geek who spends 18 hours a day coding. Carlos Slim exemplifies the most proven route to tycoon status. He first built up a small war chest by running his own small business and then started on an acquisitions campaign. He hoarded cash and used it wisely to scoop up prized assets when everyone else was selling. Initially he took it slowly as he refined his acquisitions criteria and systems for both managing his portfolio and increasing its value.

1. By the way, I limit the time frame for the study of fortunes to about 160 years because Cornelius Vanderbilt is generally agreed to be the first self-made man who made his fortune purely in the world of business.  With a few rare exceptions the great fortunes prior to him were amassed by individuals who had the military or political power to confiscate other people’s property. It was a totally different ball-game before the Commodore’s time.