Advice From Warren Buffett on How to Get Rich

Billionaire Warren Buffett shared some valuable advice this past week on why he and Charlie Munger have made so much money.

It has a lot to do with the fact that both men were fortunate enough to find a line of work they really loved doing.

Well, we were lucky to be in this country to start with. But we found things we like to do very early in life and then we pushed very hard in doing those thing. But we were enjoying it while we did it. We had had so much fun running Berkshire it’s almost sinful. But we were lucky. My dad happened to be in a business (he was a stockbroker) that he didn’t find very interesting but I found very interesting. So when I would go down on Saturday there were a lot of books to read. You know, it just flowed from a very early age. – Warren Buffett

Everyone has a purpose in life. Perhaps yours is watching television?     – David Letterman 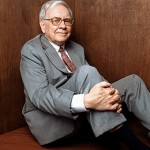 Warren Buffett on how to get rich.

But there’s a trick to this that many miss.  Just because you happen to love doing something doesn’t mean that the world will be willing to pay you to do it. Most people love doing things that have little value in the marketplace. This then requires you to shift your focus to something that has real value. Being able to pick the right investment opportunities is a highly paid skill. Being a world-class television viewer is not.

Either dig for gold or sell the shovels. – Anon

A second problem for opportunity seekers is that too many of them jump on “opportunities” that either have very low or zero barriers to entry. This leads to a situation of over-supply. Simply put, when you have too many suppliers competing to sell the same thing no one makes any money. After the financial implosion of 2008, thousands of real estate agents and others tried to become “Twitter consultants.” Why? Because it was a fast and easy thing to get into. For a year or so it seemed as if half the American workforce consisted of Twitter consultant wannabes. The root cause of this is usually lazy thinking. People don’t want to spend the time digging needed to find a bona fide market opportunity.

Many online media sites, such as Business Insider, have these regular pieces on just how “entrepreneurially brilliant” Harvard b-school students are. Then when you scan down the list you realize that their entrepreneurial projects involved no more than spending a few days building yet another smartphone app. That’s it? A stupid app? Yes.

To have a shot at truly succeeding you have to find opportunities that require more expertise or skills to capitalize on than the average person has or is willing to acquire. Fortunately, when you consider the above, that’s not hard to do.

By the way, add perseverance to expertise and skills. To succeed you need to be able to keep going past all the obstacles and failures. As others have said, the most gifted person won’t get very far in life unless they have perseverance and self-discipline.

Finally, if you follow the stories of real tycoons you begin to notice that most are involved in real businesses. By “real business” I mean something for which the demand doesn’t go away. Food. Energy. Clothing. Shelter. These are just a few categories. Imagine the pain and chaos if there was a sudden sharp reduction in the supply of any of these. Now contrast that with most online successes. What would happen if social networking site such as Facebook, or Foursquare, or Pinterest, or Mashable, etc. disappeared overnight? The answer is not much. There might be some griping for a week or two but by month’s end the site would be all but forgotten.

The big downside to building a business on the frictionless Net is that next big thing is always just a mouse click away. So take a tip from the tycoons and look for businesses that are still going to be around in 5 years. And pick one that you have a passion for so that you can push through the obstacles.

Posted in How to Succeed | Tagged Warren Buffet