This news story gave me a chuckle as I have a long-held fascination with revolving door deals. There are two basic kinds. The unintentional and the intentional. The Bebo one is an example of the unintentional variety with a spectacular payoff.

Also-ran social network Bebo has been bought back by one of its founders for $1 million five years after that same founder, along with his wife, sold Bebo to AOL for $850 million. Sure, the couple made out like bandits, but there’s a bigger lesson here: Buying a copycat social network is a terrible idea. (source)

Some are seemingly intentional.

In a nutshell, a revolving door deal is one in which a company is sold and then taken back when the buyer is unable to make his payments. The seller gets to keep the down payment and all the other payments received to date in addition to regaining full control of the business. I believe the term was first coined to describe Kirk Kerkorian’s various deals involving Las Vegas casinos and movie studios. When a buyer came along who needed seller financing help, Kirk would accommodate them but under some pretty onerous conditions. These were created by having a set of covenants that would create a death spiral in the event that the buyer failed to comply with even a single one. 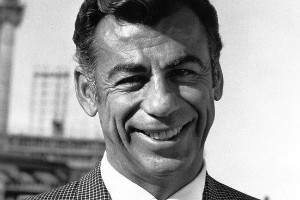 Kirk Kerkorian the master of the revolving door deal.

Let’s take a quick look at an example involving public company. I will keep this as simple as possible to get the basic concept across. If the buyer misses a single debt payment a penalty would be triggered. The penalty could be the release of a sizable block of free trading common shares to the seller. If the share price then dropped below a certain level as a result of the market being flooded with new shares, it would trigger a second penalty such as the release of more stock to the seller. If this then drove the share price down below another level, it would trigger a cascade of other events which would start returning control of the company to the seller. This could be more shares, more board seats, and even the ability to replace the CEO. Think of it as a chain reaction triggered by a single event. Kerkorian was a master at this game who sold some companies multiple times. We analyze one of them in detail in the Playbook.

Lesser tycoons use this same tactic with certain types of smaller privately-held businesses. It’s not uncommon for inexperienced buyers to run into trouble making payments and then lose the company back to the seller. Indeed some business owners see revolving door sales as a source of extra revenue. As a result, the practice is common in industries where the business is basically faceless and the customers don’t care who the owner is. Think self-serve businesses such as car washes, gas stations, laundromats, and storage units. With these types of businesses customer interaction with staff is minimal or non-existent. In other types of businesses the human interaction component is very important, so if the buyer rubbed enough of the customer base the wrong way there may not be anything worth recovering by the previous owner. That’s the key factor in whether or not you can play this game with a particular type of business.

During the years I worked as a broker I knew of several such businesses that were sold annually and reeled back within 8 to 12 months.