Megatrends: How to Survive the Future

There’s an old platitude that goes something like this: “When one door closes another opens.” I’m on the run today but felt a need to address this issue after reading a magazine article. I will also share a potential business opportunity with you. (Please excuse the quickie job on this post.)

Here’s another article, this time from The Economist, on a worrisome megatrend that started back in the late 1970s. That’s when wages began stagnating as American companies started offshoring production. Roughly around the same time technology began enabling companies to replace people with software and robots.

Here are a few highlites from All Around the World, Labour is Losing Out to Capital:

-The “labour share” of national income has been falling across much of the world since the 1980s (see chart). The Organisation for Economic Co-operation and Development (OECD), a club of mostly rich countries, reckons that labour captured just 62% of all income in the 2000s, down from over 66% in the early 1990s. That sort of decline is not supposed to happen. For decades economists treated the shares of income flowing to labour and capital as fixed (apart from short-run wiggles due to business cycles).

-A falling labour share implies that productivity gains no longer translate into broad rises in pay. Instead, an ever larger share of the benefits of growth accrues to owners of capital.

-Workers in America tend to blame cheap labour in poorer places for this trend. They are broadly right to do so, according to new research by Michael Elsby of the University of Edinburgh, Bart Hobijn of the Federal Reserve Bank of San Francisco and Aysegul Sahin of the Federal Reserve Bank of New York. They calculated how much different industries in America are exposed to competition from imports, and compared the results with the decline in the labour share in each industry. A greater reliance on imports, they found, is associated with a bigger decline in labour’s take.

-Yet trade cannot account for all labour’s woes in America or elsewhere. Workers in many developing countries, from China to Mexico, have also struggled to seize the benefits of growth over the past two decades. The likeliest culprit is technology, which, the OECD estimates, accounts for roughly 80% of the drop in the labour share among its members.

-Cheaper and more powerful equipment, in robotics and computing, has allowed firms to automate an ever larger array of tasks.

This doesn’t bode well for the average American worker and the middle-class as whole.

There’s a new book out on how to survive this megatrend by economist Tyler Cowen Average Is Over: Powering America Beyond the Age of the Great Stagnation

, which everyone should read especially if they have children. The book’s focus is on how technology will displace even more humans or at the very least push down their wage rates even further.

The widening gap between rich and poor means dealing with one big, uncomfortable truth: If you’re not at the top, you’re at the bottom.

The global labor market is changing radically thanks to growth at the high end—and the low. About three quarters of the jobs created in the United States since the great recession pay only a bit more than minimum wage. Still, the United States has more millionaires and billionaires than any country ever, and we continue to mint them.

I fall into that camp that believes things only get worse once you stop making tangibles that other nations are willing to pay you for. Then when you throw in robotics and technology the problem is only exacerbated.

However, there’s a camp that believes the so-called digital economy will save the day. 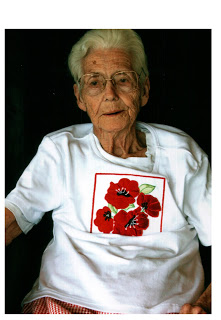 Your cousin Benny has his own show on the YouTube. Why can’t you do something like that?

According to some pundits all those lost well-paying jobs will be replaced by opportunities for everyone to become self-employed. In the future rather than getting their hands dirty making things, people will become the stars of their own YouTube channels, they will rake in the bucks as social media consultants, Twitter celebrities, and Kim Kardashian-style faux celebrities.

I promised you a business opportunity, didn’t I? Well, here it is. I believe that there is an opportunity to create a financial platform for our digital economy where people will be able to barter their “Likes,” “Upvotes,” and “ReTweets,” and all the other digital currency substitutes for food and shelter. Man does not live by “Likes” alone.

So what’s the solution? Well, one of the lines from The Economist articles hints at it: “Instead, an ever larger share of the benefits of growth accrues to owners of capital.” Read up on how entrepreneurs can move in this direction.

Well, now I really have to run.

2 Responses to Megatrends: How to Survive the Future