Are you a procrastinator? A fence sitter? Are you delaying taking action until you are absolutely certain beyond a shadow of a doubt that it’s the right thing to do? If you have this lethal problem, read this, and then think about it.

A former Delta Force officer says the elite military unit taught him that you only need to be 70% certain before you act — here’s why. 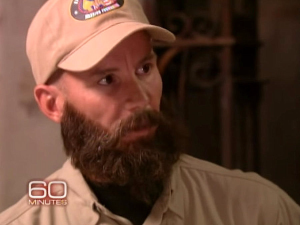 Fury posited a hypothetical question before giving a surprising answer: “How much information or intelligence does a special operations unit need before they launch a high-risk kill or capture mission? I argue that very rarely will the intelligence picture be better than a 70% solution, and at that point action should be taken.”

Waiting for that extra 5-10% closer to 100% clarity only further closed the window of opportunity.

Fury argued that only after the American special forces and their elite allies adopted this 70% mentality were they able to finally take the steps that led to eliminating Al-Qaeda in Iraq leader Abu Musab al-Zarqawi.

And though Fury operated in extreme situations on a battlefield, he said the “pull the trigger” mentality is as necessary in an office.

To Fury, leaders of special operators (spec ops troops) and corporate managers are placed in the same situation, where they need to make decisions with limited data, resources, and time.

This reminds me  of a story told by Dan Kennedy which I recount in the Playbook:

For three years, I followed General Schwarzkopf on seminar events, heard his speech so many times I memorized it without trying, and spent a lot of time in green rooms talking with him. One of the things that sticks in my mind is his contention that a bad decision or wrong decision is better than no decision, because if the decision leads to action, it is easier to correct the course of someone or something already in motion than it is to get someone or something into motion from inertia. In his groundbreaking work “Psycho-Cybernetics,” Dr. Maxwell Maltz presents “zig-zagging” and “course correction” as the entire basis for human achievement; that hardly anybody gets to any goal via a straight line, but, instead, by moving, bumping-up against something, moving a different way, bumping, zigging, zagging, but moving, moving, moving.  – Dan Kennedy

Stop and ask yourself what you are holding off doing in the hopes of first accumulating enough information to have absolute certainty?

Bottom line: There is no certainty in life. Don’t let your life slip through your fingers like sand.

Posted in How to Become a Billionaire | Tagged action, certainty, Delta Force