How to Get the Down Payment for Your Business Acquisition

Are you having trouble putting together the down-payment for your first business acquisition?

Having a down payment in the bank works wonders in terms of boosting your confidence level when dealing with sellers, lenders, and everyone else. It turns you into a real buyer in everyone’s eyes. Brokers use your available down payment to screen you out quickly. If the seller is asking for $50,000 as a down payment and you can only show that you have $5,000, you’re banished. 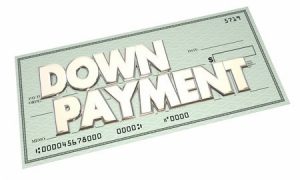 How to raise the down payment when buying a business.

I wrote about Revenue Royalty Certificates (“RRC”) recently and how they can be used to raise capital for startups or specific projects such as new product development and/or launch.  Someone then emailed me to ask if they could also be used to raise the down payment on a business acquisition. The answer is most definitely a “yes.”

When I was working as business broker, I had a client who over the course of a year bought two companies with my assistance. They were his 6th and 7th bolt-ons.  He had started with acquisitions eight years earlier and used RRC financing for his first two acquisitions.  If I remember correctly, he also used RRCs for another pair of acquisitions later on. Although I have been familiar with RRCs since the late 1980s, and used them myself, I had not seen them used by anyone else buying a business till the above client showed up.

Then about a year ago I was contacted by a Tycoon Playbook grad who had used an RRC to raise his down payment. He had taken the Tycoon Playbook course a year before that and tried to get started in acquisitions but couldn’t close anything because he lacked the capital to close the deal. After about three months he gave up and focused on building up his small B2B service business. Then when a deal was presented to him by a competitor interested in retiring, he decided to try an RRC to raise the $45,000 down payment. He structured the deal in the exact manner I describe in my How Deal-makers Close Deals guide. It took about two months to raise the money but the deal got done. On closing day his annual sales increased about 125%.

So yes, you can use RRCs to raise the down payment when buying a business. Indeed it might be the best method for a lot of buyers. It can also raise the money for your startup.

If you really need to raise outside capital the RRC how-to is everything you need to put together a deal offer for backers.

If you prefer to self-finance get the Guerrilla Startups Guide. Either way, both will get you moving forward.

As I like to remind myself, students, and clients, where there’s a will there’s a way.

Posted in How to Buy a Business | Tagged down payment