How to Become a Billionaire (or Not) 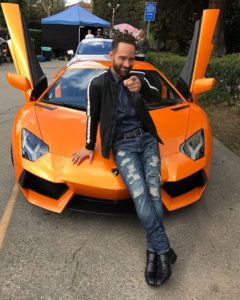 So what’s the best way to shoot for billionaire status these days?  If you trust the MSM (which you shouldn’t), it’s all about jumping into the tech sector and creating some new website, app, or software. The rest of the economy is completely ignored. By the rest of the economy, I mean the part where 99% of workers are employed. There’s more to this world than just San Francisco/Silicon Valley which has sunk to most likely its lowest state ever if you have been following the news about its health & sanitation problems. (San Fran was my favorite American city throughout the 1980s and 90s but now I wouldn’t set foot in it if you paid me. But I digress.)

There’s a new book out on making money and getting rich in Silicon Valley’s tech sector titled Live Work Work Work Die: A Journey into the Savage Heart of Silicon Valley by a Corey Pein.

A scathing, sardonic exploration of Silicon Valley tech culture, laying bare the greed, hubris, and retrograde politics of an industry that aspires to radically transform society for its own benefit

At the height of the startup boom, journalist Corey Pein set out for Silicon Valley with little more than a smartphone and his wits. His goal: to learn how such an overhyped industry could possibly sustain itself as long as it has. But to truly understand the delirious reality of the tech entrepreneurs, he knew he would have to inhabit that perspective—he would have to become an entrepreneur himself. Thus Pein begins his journey—skulking through gimmicky tech conferences, pitching his over-the-top business ideas to investors, and rooming with a succession of naive upstart programmers whose entire lives are managed by their employers—who work endlessly and obediently, never thinking to question their place in the system.

In showing us this frantic world, Pein challenges the positive, feel-good self-image that the tech tycoons have crafted—as nerdy and benevolent creators of wealth and opportunity—revealing their self-justifying views and their insidious visions for the future. Vivid and incisive, Live Work Work Work Die is a troubling portrait of a self-obsessed industry bent on imposing its disturbing visions on the rest of us.

One of the things the author does is cover some of the craziest ideas that Silicon Valley threw millions at if not billions. So it should make for fun reading.

After having worked in the tech sector for a number of years starting in the 1980s, I felt a need to get back to the real world where real people made real things that other real people needed. That’s when I switched careers to become a business intermediary.  There’s a dramatic difference between working in a world where egoists are hoping to strike it rich with the 10,675th iteration of a dating app or some equally weak idea and one in which humble business people are serving real needs.  I’ll take the latter any day.

If you’re wondering what the Tycoon Playbook is it’s a course on buying those real businesses and improving them based on my 11 years as an intermediary. It’s not for the get-rich-quick mob but rather for patient disciplined people committed to building something real over the long haul.

4 Responses to How to Become a Billionaire (or Not)