For better or worse, the world has entered into a period of economic turbulence caused in part by hyper-competition on a global scale, volatile energy costs, financial uncertainty, and waves of new disruptive technologies. This will most likely be a prolonged period during which the status quo is upset by rapid changes in how business is conducted in many industries. The old business models and rules are being swept aside by new ones.

Can your business weather the storm by itself? Would it benefit from the advanced growth strategies used by the most sophisticated business owners?

Here are ways that entrepreneurs and small business owners can grow their ventures more aggressively to ensure that they survive and prosper. There are two basic strategies to expand your business. 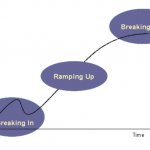 First, there is the obvious way wherein you focus on building one company year after year and, quite possibly, decade after decade. This method frequently leads to early burn-out on the part of the entrepreneur. After all, how many times can anyone return to the same office to repeat the same basic day? Many of us have a low threshold for this type of routine.  This is a big part of the reason why so many small businesses fail in the first few years.

The second and more savvy way to expand is with acquisitions.  There are numerous reasons to use acquisitions to grow.  If you study the strategies of tycoons, you will see a common theme in how they succeeded:  they acquired a lot of cash producing assets over time. Most built their empires through a series of deals involving the acquisition and flipping of various companies. Some they held onto for a long time while others were flipped in as short a time as a year. This game is about leveraging existing cashflows to acquire more cashflows.

Finally, if you believe that variety is the spice of life, you should take a good look at this option.

So let’s summarize various acquisitions models past and present.

This strategy was very popular in the 1950s and ’60s. Conglomeration involves aggregating companies from totally unrelated industries.  Perhaps the most high profile example of a conglomerate today is Warren Buffett’s holding company Berkshire Hathaway.

The logic behind conglomerates was that if you had a group of companies in diverse industries it would smooth out the cycles. If some companies were in a down cycle others would hopefully be in an up cycle. The drawback is that such diversification may not afford any opportunities for economies of scale and other benefits which accrue to companies from the same industry. Years ago Newsweek or Businessweek had an editorial cartoon that showed a cluster of old  smokestack factories. Each one had a sign on its roof displaying the name of the company. They read from left to right: Little Baby-Boo Baby Food Products, Little Baby-Boo Aerospace, Little Baby-Boo Fashions, Little Baby-Boo Pharmaceuticals. The names underscore why the conglomerate strategy proved unworkable when the aggregated companies were too diverse to be manageable.

James Ling the Merger King of LTV fame was one of the most famous conglomerators of the 1950s and ’60s. He started as a one-man shop electrical contracting business and over the next 12 years built the 14th largest company in America with acquisitions.

That’s the power of this strategy if done right.

In the down phase of an industry cycle one will frequently observe consolidation activity. In a consolidation phase, the consolidator typically acquires under-priced assets within its own industry. The logic behind these acquisitions is to achieve various economies of scale or remove excess capacity to protect pricing.

In contrast to the conglomerate, the consolidation is tightly focused on an industry.

A rollup is performed by a platform company which intends to go public once it has achieved the critical mass necessary for an IPO. The bolt-on companies it acquires tend to be small businesses whose owners are interested in either cashing out or retiring. Oftentimes, the rollup is the only means possible for these owners to achieve a liquidity event because their businesses are usually small unattractive assets operating in mature industries. In the 1990s, rollup activity was high in the stationery and florist industries with rollup king Jonathan Ledecky’s platform companies swallowing up hundreds of mom & pop shops from both industries.

Think of rollups as exploiting the arbitrage opportunities that exist between private and public companies. There are substantial profits to be made if you can convert private companies’ earnings into publicly traded ones. The latter will sell for a much higher multiple.

This keiretsu is a Japanese variation of long-term, basically permanent, cross-industry aggregation for purposes of maximizing synergy and economies of scale.

The prototypical keiretsu are those which appeared in Japan during the “economic miracle” following World War II. Before Japan’s surrender, Japanese industry was controlled by large conglomerates called zaibatsu. The Allies dismantled the zaibatsu in the late 1940s, but the companies formed from the dismantling of the zaibatsu re-interlinked through share purchases to form horizontally-integrated alliances across many industries. Where possible, keiretsu companies would also supply one another, making the alliances vertically integrated to some extent.

The major keiretsu were each centered around one bank, which lent money to the keiretsu’s member companies and held equity positions in the companies. Each central bank had great control over the companies in the keiretsu and acted as a monitoring entity and as an emergency bail-out entity. One effect of this structure was to minimize the presence of hostile takeovers in Japan, because no entities could challenge the power of the banks. (source: wiki)

Venture capital firm Kleiner Perkins began describing its portfolio companies as a “keiretsu” back in the 1990s. Other top tier companies which claim to employ the keiretsu model include Cisco Systems, Richard Branson’s The Virgin Group, and Deutsche Bank.

Consider These Benefits of Using an Acquisitions Strategy for Growth

Growth through acquisition can bring the business owner the following benefits:

Savvy entrepreneurs understand that at times the way to remove a fierce competitor from the market place is by acquiring them. The buyer can then control the former competitor or shut it down and sell off its assets.

One Company’s Weakness Can Be Another Company’s Strength

Many small companies are simply cannot afford to provide the type of compensation and benefits required to attract highly-qualified employees. An acquisition strategy can transform them into organizations that can attract top quality employees by offering  competitive remuneration,  health care coverage,  and a properly funded pension plan.

Few small companies qualify for a prime rate unsecured line of credit. Fewer still could meet the requirements for a public offering to raise equity capital, and without the ability to do so, cannot tap the vast numbers of  investors who have no interest in private companies with illiquid stock.

Small companies merged into a larger entity are able to qualify for low interest bank financing and accumulate sufficient  earnings to qualify for a public offering or reverse merger. With publicly traded stock they can attract the wealthy individual and institutional  investors who demand liquidity.

Another important benefit, and one that is often less obvious, is that aggregated companies are in a position to either cross-market with or distribute one another’s product or services, thereby, dramatically increasing their combined sales and profits.

The mind power and creative force of the cross-fertilization between entrepreneurs linked through a common financial enterprise is awesome. The opportunity for innovation can and will produce products and services that would not exist if not for dynamic teams joining forces. The resulting competitive edge alone can justify the union.

Invariably aggregated companies will enjoy a more prominent place in their industry and benefit from the resulting increased prestige and visibility. Interestingly, as each aggregated company is added to the whole, it becomes a Public Relations opportunity with trade magazines and newsletters hungry for the latest buzz and consumer publications anxious to hype the entrepreneurs “making it big” in their communities. The end result is the ability to create a lasting and valuable brand identification that can dramatically accelerate sales in a regional, national or even global arena.