Under some circumstances it makes far more sense to build a company through the acquisition of competitors than it does by attempting to grow organically with more marketing. Take, for example, most businesses which have a subscriber revenue model. Think of ISPs, cable system operators, cell-phone service providers. If an ISP, for example, wishes to start growing at a more aggressive rate it has two basic choices. It can ramp up its marketing efforts and budgets or it can explore a growth through acquisitions strategy.

The initial step in determining the best strategy is to compare the two options. This process begins by getting a handle on current customer acquisition costs. How much does it cost on average to win a new customer? This cost is calculated by tallying up all marketing, selling, advertising, and incentive costs related to customer acquisition for a period such as the previous calendar or fiscal year. In some cases there could be hardware costs as well if customers require a box or handset to utilize the service. It’s important to do this calculation correctly for the company in question as each business entity will vary. This total expenditure is then divided by the number of new customers attracted during the same period. Let’s say, for the sake of example, that the acquisition cost per customer came out to $400 last year. 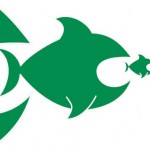 Now suppose that the ISP is a small one with just 1000 subscribers after two full years of operations. At this point the owner and CEO wants to double the number of customers within the next twelve months. This means that company will have to spend $400 X 1000 customers or $400,000 over the year to double its subscriber base. It’s important to keep in mind here that this doubling of the subscriber base may not be achieved for any number of reasons. The market in which the ISP operates may be close to saturation with little room left to grow. The ISP’s new marketing campaign may turn out to be ineffective. Or a new and better competitor may enter the market thereby torpedoing our ISP’s expansion plans.

For these reasons an alternative growth strategy based on acquisitions should be explored as well. The initial steps here are to look at the what small ISPs are selling for in the region and then compare the per subscriber acquisition costs of the two strategies. It’s not uncommon for it to be possible to acquire customers faster and cheaper wholesale by buying up their service providers rather than through organic growth. In many cases a single deal can double your customer base for less than the projected costs of growing the usual way.

One important point should be added here. All companies are for sale at the right price. So even if none happen to be listed for sale a few owner-to-owner telephone calls can quickly unearth acquisition opportunities.

In the Playbook there is a case study about one tiny and unprofitable rural cable-TV company which embarked on an aggressive growth campaign starting with the acquisition of the tiniest of systems in nearby communities. Some of these systems had as few as 100 customers. No deal was too small in the early days. The company gobbled everything up in order to achieve the critical mass at which it would be taken seriously by investors and lenders. Once this point was reached its growth went into hyper-drive because the company not only had the capital but the team and systems in place to do three or four deals monthly.

For more on calculating customer acquisition costs read this piece.