The Art of the Deal

One of the recent Tycoon Playbook enrollees tipped me off to this program last week. If you’re fascinated by deal-making and enjoy good caper flicks as well, you should get a kick out of this.

Pretend that it’s 1996 and you’re a 32-year-old businessman who’s just discovered that the once mighty New York Islanders are up for sale. The price tag is $165 million. It’s been your dream ever since you were a boy to one day own a major sports franchise. Nothing says that you have made it in America louder than ownership of an NFL, NHL, MLB, or NBA team. The only problem is that your net worth is just south of $200,000 which means that, in theory at least, you shouldn’t have a hope in hell of being taken seriously by anyone. 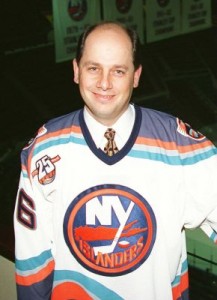 In real life, a young Texas businessman, John Spano, decided that nothing was going to stop him from finally fulfilling his dream of being a team owner and proving that he had made it to the top. His first step was to create the illusion of being a self-made tycoon in order to be taken seriously by the Islanders and the NHL who would both be required to vet him. He did this by leaking out details of his business interests. The media used these details to piece together a portrait of him as a shy unassuming self-made man who had deliberately stayed out of the limelight until he was forced into it by the high profile deal.

During the initial vetting by the team owners, Spano’s accountants and lawyers simply parroted what they had been told by their client. Yes, he’s a self-made billionaire. Why would he lie?

As a result, the negotiations with the team owners and NHL continued.

Only one problem remained. Spano had no where near the capital required to even make the down payment on the team let alone pay off the full price. This is where the story really gets interesting with closing day rapidly approaching. How do you maintain the illusion and keep moving forward when you’re “all hat and no cattle,” as the they say in Texas? Well, it all comes down to winning more time in any way that you can. Given sufficient time who knows what can happen? Each new day brings with it fresh possibilities. Given sufficient time, perhaps the dog will learn to speak with the rabbi? This is a key distinction between people who succeed and those who never get anywhere with their lives. The winners jump on opportunities because they have the confidence that they will be able to cross each bridge as they come to it. The unsuccessful talk themselves out of even trying. In a perverse way, Spano illustrates the winning attitude despite being a liar and fraud. He most likely could have done very well in business if he had been an honest man.

Rather than describing all the comical tactics Spano used to forestall making the down payment, I will let you watch the program.

Spoiler: Spano did end up owning the team for a while despite the fact that he never made the down payment.

You can watch 30 for 30: Big Shot here. If you know the history of the Islanders through their championship years in the 1980s, feel free to skip to minute 18 when Spano enters the picture.
)

5 Responses to The Art of the Deal