Meshulam Riklis is one of the modern era’s pioneers in the use of creative financing to acquire companies. He is also famous for coining such lines as “The effective nonuse of cash” and “Money is to look at, not to use.” They summed up his philosophy of hoarding cash to flaunt in front of bankers and other lenders while at the same time doing most of his empire building with debt financing. As the old joke goes, bankers are the most receptive to giving you money when you can show that you don’t need any.

Riklis, the son of Russian Jews, was born in Turkey in 1923, moved to Israel shortly after, and then migrated to the USA in 1947 with his wife and two young children. There he majored in math at Ohio State University before moving on to work for a brokerage firm in Minneapolis. While working there as an analyst he also taught at a Hebrew school during evenings to help support his young family. 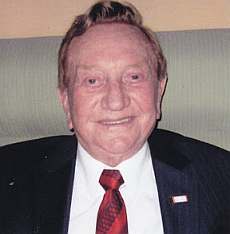 In 1954, at the ripe old age of 29, Riklis raised his first pool of investment capital to go after an opportunity he had identified while working for Piper, Jaffray & Hopwood. He was going to do acquisitions of small undervalued public companies. Most of the capital for his grubstake came through the connections he had made while teaching in the evenings.

Riklis’s first acquisition was Rapid Electroptype a small type-setting company whose shares were trading at about 1/10th of their book value. He then quickly acquired American Teletype, merged it with Rapid Electrotype, and changed the name to Rapid American. Afterwards he went on to acquire McCrory Corporation (one of the retailing giants of the era), Lerner’s, Gruen Watch, Smith-Corona, and many other companies. The rest is, as they say “history,” as he embarked on a decades long growth through acquisitions strategy, built a multi-billion dollar empire, and became a star on Wall Street. By the 1980s he was listed on the Forbes 400 Richest List. Most of this spectacular growth was financially-engineered with debt.

Now let’s move to something truly insightful. I found the following quotation in an old newspaper story on how Riklis had made his fortune:

“If you make long-term investments and pay for them with long-term debt, you will not be in trouble,” he says. “You must understand a basic principle: I have 20 years to pay it. In 20 years the rabbi and the dog will be able to converse.”

Fixing his listener in the eye, he inquires politely: “You know the story?”

It’s a parable from the Jewish Diaspora about the Polish landowner who orders the rabbi to teach the landowner’s dog to talk, on pain of exterminating the local Jewish community. “So the rabbi says, ‘All right, but I want you to know, it’s going to take 10 years.’ So all the people say, ‘But rabbi, you’re crazy. You’ll never be able to teach the dog how to talk.’ He says, ‘Well, in 10 years, who knows? Maybe the landowner will die, maybe the dog will die . . . or maybe the dog will learn to talk.’ ”

Two big lessons about how tycoons think are contained in this quote.

During my years as an intermediary helping businesspeople to both buy and sell businesses, I met quite a few who were applying the Riklis growth strategy but with privately held companies rather than public ones. Some were debt averse and preferred to do cash deals. The only debt they took on was a seller note that was typically paid off in 24 months. They used seller financing, even though they didn’t need it, as insurance to protect themselves against being sold the proverbial pig-in-a-poke. A buyer should never pay in full at closing because there could be hidden “landmines” in the deal that will kill the acquisition. A note allows the buyer to stop payments if it’s discovered that the seller misrepresented his company.

However, most people following an acquisitions growth strategy prefer to use debt financing. The last paragraph in the quote above explains why.

He might have added that the 6% is typically broken down into 12 monthly payments. If a do-able deal is structured properly, meaning that it has a comfortable debt-service-coverage ratio, making these payments should not be a challenge.

The takeaway here is that those with tycoon potential jump on opportunities to acquire cashflows if the numbers look right.

Now let’s move on to the bigger lesson contained in the above quote.

Lesson 2: Cross Each Bridge as You Come To It

The really big lesson is contained in the rabbi and dog story.

The fact of the matter is that no one knows what will happen over the next ten years or whatever the time frame is for paying off a debt. So if we are talking about taking a calculated risk, based on the results of a professional cashflow analysis that shows a deal is do-able, why not take the leap of faith and go for it? Of course, there are no guarantees for the big things in either business or life. Something bad might happen. Or something good might happen. Life has much more randomness to it than most people care to admit. You can never be certain of any results.

The takeaway here is that those who have made it big in life or are on their way to doing so take calculated risks. That’s how life works. It far more often rewards those who take risks than those who don’t. More importantly, life’s winners also have the attitude that they will cross each bridge as they come to it like the rabbi in the story. The first step on the path to success then is to seize the opportunity to acquire a cashflow producing asset. Yes, there may be snags along the way in paying off that debt. Or there may not be. Keep in mind that the smart business buyer goes into each deal with a plan for fattening up the cashflow so that he can pay off the debt incurred more easily.

In contrast, the average person, meaning 98% of the population, won’t even try because they will allow fear to generate images of a slew of broken bridges that they won’t be able to cross. So why even bother trying?

And that is the big difference between those who succeed and those who accomplish nothing with their lives. The former take calculated risks and have the confidence to believe that they will be able to successfully deal with any obstacles they run into along the way. Moreover, why worry ahead of time about obstacles that may never appear? As Mark Twain put it, “I’ve had a lot of worries in my life, most of which never happened” In contrast, the latter just wimp out without even trying. For them, there is never enough time, know-how, or money to give something a try. This is one of the most important lessons tycoons have to teach us.

Nothing will ever be attempted if all possible objections must first be overcome.

To sum up, tycoons quickly jump on opportunities their analysis shows to be a good risks and don’t allow their imaginations to run wild with potential problems.

What fears are holding you back from success?

Posted in Billionaire Growth Strategies, How to Become a Billionaire | Tagged Meshulam Riklis