If you should conclude that you are in the wrong industry and need to switch, there are two basic ways to make the transition. One is to start from scratch and go the startup route.  The downside here is that it’s typically the long slow way to a payback on your investment. The odds are also against you as they are with most startups. The other way to achieve a transition is to buy your way in by acquiring an existing business which then serves as your beachhead in the new industry. You then focus on expanding the beachhead and moving inland. Think of the D-Day Landings as a good analogy for this growth strategy. 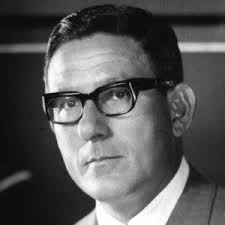 The great James Ling (1922 -2004) found himself facing such a situation in 1954. As I have written before, Ling grew up dirt poor and even spent a few years as a hobo during the Depression. It wasn’t until after the war that he finally started building something. In 1947 he invested all the money he had, $2000, into some war surplus electrical equipment and a used truck. This was the start of the Ling Electric Company, a contracting firm. With a boom in housing construction in Texas, James quickly found work. He started small by installing doorbells and then graduating to subcontracting with construction companies to wire entire subdivisions. As a result of being in the right place at the right time, James did extremely well for himself during those early years. Within a few years his company was partnering with much larger players building hospitals and doing work for the military.

However, by about 1954 the growth had slowed in the electrical contracting business and James noticed that the hot new sector was no longer in electrical work but in building electronics. America was suddenly obsessed with new technologies and James didn’t want to miss out. A joke from the era stated that a hog farmer could make millions by simply renaming his business “Hogtronics, Inc.”

How to Grow the Business?

So James faced the two options: startup or acquisition? He decided to go the acquisition route. Being a savvy businessman  he understood the importance of “good optics” and the right spin for success. So he first recruited some high profile business leaders into joining his board of directors in order to create an aura of prestige around the company. Then he spun a story about how Ling Electric was not only embarking on a “national growth plan” but was expanding into the hot new sector of electronics. To finance the expansion he decided to take his venture public and raise money from small investors. After netting about $800K from the IPO, he acquired another small electrical contractor in Glendale, California. This investment then opened up a new realm of possibilities for James. On his trips to visit the company he began to notice that the state was exploding with opportunities in the hot electronics sector. Meanwhile back in Texas the only company in the sector was Texas Instruments.

In short order, an opportunity to grow fast by acquiring a small and financially troubled company, L.M. Electronics,  manufacturing electronic testing equipment for missile and aircraft parts presented itself. This was the beachhead he had been looking for in the industry. He jumped on the chance to acquire it at a fire sale price. As soon as the deal closed, Ling Electrical was renamed Ling Electronics. James immediately announced plans to grow by going after business with the department of defense.

Shortly afterwards Ling Electronics swallowed up a small manufacturer of low cost closed circuit television systems and put the business into a new subsidiary called Electron Corporation. Then he swallowed up troubled Electronic Wire & Cable Corporation for next to nothing and an infusion of working capital. In 1957 he used his public vehicle to raise a further $1.3 million from the public to fund additional acquisitions. Not too long after that he acquired both American Microwave Corporation and United Electronics Company.

Then in 1958 Ling Electronics did the deal that finally made it a serious player in the industry. The acquisition was the New England-based Calidyne Company which made only one component that went into testing equipment. However, this single component finally enabled Ling Electronics, which couldn’t make the part to finally become a fully integrated  manufacturer of complete testing systems for aircraft and missiles. Suddenly Ling Electronics was one of the two biggest manufacturers of these systems along with Textron. At this point Ling truly had a national empire spanning from California to New England.

This is just the first phase of James Ling’s incredible story of building the 14th largest U.S. corporation by the mid 1960s, but I will stop here for now as my goal was to simply show how tycoons transition their operations from a mature industry into a fast growth one. It’s not that complicated. You simply start looking for opportunities. Each opportunity then connects you with more. It’s an incremental process which really comes down to you having the courage to step outside of your comfort zone.

You can read more about James Ling here.