The Profit: Marcus and Fuel Foods

During the first few minutes it felt as if this episode might be interesting from a business lessons standpoint. Unfortunately it didn’t pan out that way.

Fuel Foods Florida supposedly produces nutritional ready-made meals for people too busy to cook. It then delivers them twice weekly to not only locals but customers across the USA using FedEx. Yes, even customers a mile away get their meals delivered by FedEx. (This fact made my jaw drop.) One employee had already lost 150 pounds and planned to take off even more. This point grabbed Marcus’s attention as he had suffered from an eating disorder as a child.

So far so good.

Unfortunately it quickly becomes apparent that the owner, former personal trainer Erik Leander, is going to be very tough to reason with. His reaction to almost everything is to go into combat mode. On top of that he displays a painful lack of understanding as to what’s acceptable public behavior. He promotes the business as if it were a “gentleman’s club” using attractive fitness models in the proverbial “painted on jeans.” His YouTube channel even had a homemade video which looked like it was inspired by one of those cheeky old Benny Hill skits.

But it just keeps getting worse. The meals fail to live up to their descriptions. A focus group expresses its disappointment with not only the food but the entire branding and marketing strategy crafted by Erik. The kitchen is another disaster because the cook staff lack so many basic pieces of equipment such as pots and pans. It also becomes evident that they haven’t been trained in food preparation.

On top of all this customers are being charged a huge additional shipping fee for FedEx service. While a local customer may pay an extra $160 per month for four weekly FedEx shipments a customer in NYC will pay as much as $82 per week or $328 per month on top of the meal costs.  You really have to wonder who these people are.

On the plus side, Erik has used company funds to buy himself a “half million dollar monster truck” for just $154K.

I’ll cut it short here since Marcus did as well. Over time it became painfully obvious that Erik is neither a good manager nor a people person. He has a very belligerent interpersonal style when it comes to dealing with employees. If anyone dares to disagree with him on even the slightest point, Erik looks like he’s going to grab a baseball bat and go “Joe Pesci” on them. Frankly speaking, the staff are terrified of him. At one staff meeting Marcus feels compelled to warn Erik, “If you talk to people the way you’ve been talking, you’ll be fired. Are we totally clear?” 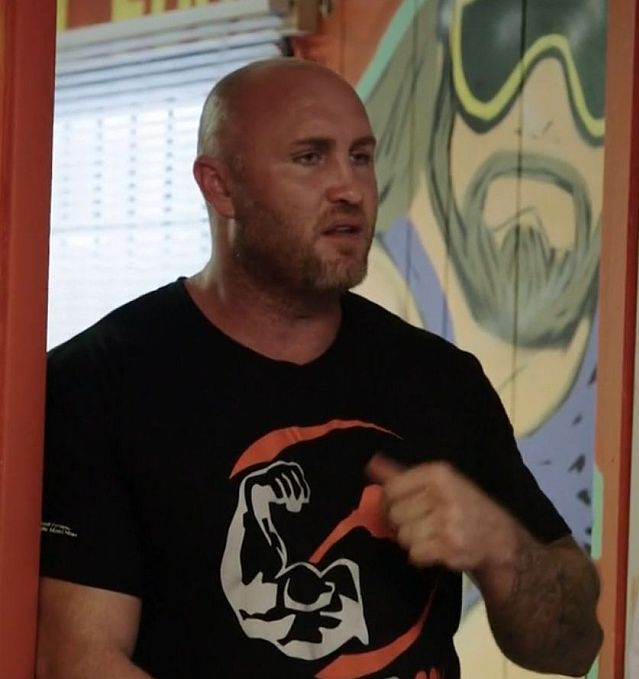 You got something to say about me to me? Bring it on. Let’s go.

The final straw for Marcus is discovering that Fuel Food’s major investor is under investigation by the SEC for running a Ponzi scheme, which Erik shrugs off as not a problem.

When Marcus announced that he wax pulling out things got very heated, and I wondered what might have transpired if the camera and sound crews had not been with him.

Marcus was right to walk out on this one. It’s too bad he left about $12k worth if cookware behind.

It would have been interesting to hear the growth strategy Marcus had worked out.

6 Responses to The Profit: Marcus and Fuel Foods