Back in 1995 John Ratliff, aged 24, came up with an idea for a new business that could provide him with a livelihood and, hopefully, a bit more. It was an answering service he named AppleTree Answers. The business was launched from a spare room at his two-bedroom apartment in Wilmington, Delaware.

The company served as its business client’s back office by handling inbound calls, emails, and website queries.

Like most entrepreneurs John initially thought only of organic growth as a strategy for expansion. Therefore, John focused on two important functions: 1) maximizing customer retention at the original location, and 2) marketing to attract more clients. He was very good at both. 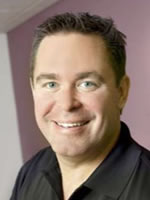 As a result of relying solely on organic growth, the company still only had one location at the end of 2002. Then in 2003 John came across an opportunity to do his first acquisition. The way it happened is that his CPA, who had experience with acquisitions, introduced him to an opportunity. Unfortunately the first deal fell through but it wasn’t long until a second one came along. John then closed this deal. Shortly afterwards he got a another shot at the first opportunity and was successful in closing it second time around.

After the first two acquisitions John was perceived within the industry as an old pro at growth through acquisitions. As a result people started bringing him deals. They came from answering service company owners, accountants, lawyers, and business brokers.

From 2003 to 2012 the AppleTree acquired a grand total of 24 telephone answering services. Since it’s start in 1995 the company had grown to 650 employees and over $5.5 million in EBITDA. This was 30 times the size of the typical industry member.

In 2012 John got a call from a strategic buyer who was interested in acquiring AppleTree. It was a large S&P company engaged in a roll-up. Of course any serious buyer will prefer to negotiate one large deal over 30 small ones.

While he doesn’t reveal the selling price he does explain that due to both the size of the deal and the fact that a strategic buyer was involved the selling multiple was well above the industry average of 3X to 4X.

Serious entrepreneurs should not overlook the growth via acquisitions strategy.

One Response to Business Growth the Tycoon Playbook Way