This week Marcus gave us a two-fer. In the episode he opened with Chicago’s Da Lobsta and then moved onto Betty’s Pie Whole. The result was a rather amusing episode but with next to nothing in terms of business lessons.

What an absolute disaster.

In a nutshell, the founder J Wolf moves from New England to Los Angeles in 2008 where he quickly gets into financial troubles from trying to live the high spending “L.A. Lifestyle.” More importantly he loses $300K of his father’s money on a failed bar/restaurant. As a result, his dad hasn’t spoken to him in years and even boycotted his wedding. On top of that he’s lost $185K of his grandmother’s money and $35K of his sister’s. The ugly fact is that J has never invested a dime of his own money into his ventures and has left a trail of carnage behind him.

J then packs his bags in 2012 and moves to Chicago for a fresh start with big plans to make enough with Da Lobsta to pay everyone back. The problem is that even though the new business is losing money and has huge debts outstanding, old J is back to living the “L,A. lifestyle” in Chi-town, as his expense receipts clearly show. There’s a real lack of maturity there.

There are additional problems with Da Lobsta but let’s fast forward and just say that Marcus ends up walking away in disgust once it sinks in that J is not really serious about fixing the business problems or paying back his family. 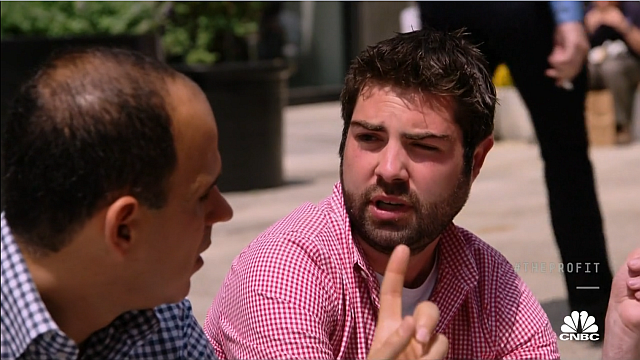 After the abrupt and unexpected stop in Chicago we jump to Encinitas, California where Marcus introduces us to the Betty of Betty’s Pie Whole pie company.

Frankly speaking, I rather liked Betty and found her quirky personality rather amusing but didn’t really see anything interesting in the business. It’s just another pie bakery which basically anyone can start after watching a few videos on YouTube.

Marcus shuts Betty’s second bakery down, the Elizabethan Pie Company, and buys all new ovens and equipment for Pie Whole. That’s as far as we got in the 22 odd minutes left over after the Da Lobsta segment. I didn’t understand Marcus’s obsession with getting her to stop making ice-cream. Aren’t pies and ice-cream the dessert equivalent of a horse and carriage? It would have been interesting to see the margins created by the latter.

Food businesses, particularly eateries whether they be fixed locations or food trucks, are among the highest risk businesses one can get involved with. They have notoriously high failure rates and for the most part are simply not that interesting as mini business case studies. I find myself wishing that we had fewer episodes about them and more about businesses selling other types of products and services.