How Did Tycoon Meshulam Riklis Make His Fortune?

Money is to look at, not to use. – Meshulam Riklis

One of the questions that I get asked on a regular basis is about the possibility of following the tycoon growth strategy without employing debt. The answer is that it is possible to do so. Over the years I have participated on the buy-side in a number of deals with debt averse buyers. One Russian transportation company comes to mind. The management team had basically been given the company for free by the Russian government shortly after the collapse of the USSR in 1991. The managers then threw themselves fully into growing the company internationally, including in the USA. However, their steadfast rule remained “no debt.” Every acquisition had to be financed with internally generated cash.

The downside to avoiding debt is that it will take longer to get started and, thereafter, growth will be slower. However, some people just prefer to avoid the use of debt. In the Playbook we focus on those who utilize well-managed debt to grow because it’s easier to start that way and the growth rate is far higher. If you are starting out without a large war chest, it’s imperative to be creative about financing. If you wait for the heavens to drop your grubstake into your lap, you will be waiting forever. The lesson is start small and fast, then build momentum. 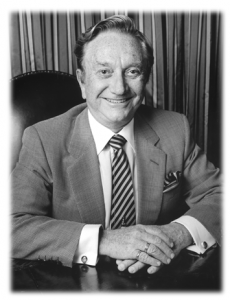 Tycoons are masters at the creative financing needed to get rolling. Once you learn the basics of deal-making from them and have achieved a critical mass almost any deal becomes do-able. The challenge is to get started today with what you have. Tycoons have a great deal to teach us about getting off our duffs and starting one step at a time. Let’s take a look at what I mean by this.

One of the financial tools used by tycoons is leverage. This simply means that they will use as much debt as possible to put the financing together for a deal. In many cases, for every dollar of equity they invest there are four to nine times as many dollars of debt. We could spend a great deal of time going over how this is done but today I want to leap-frog the topic to someone who took leverage to an extreme.

I refer to Meshulam Riklis who described his financing strategy as “the effective nonuse of cash.” He summed up his financing philosophy as “Money is to look at, not to use.” Recall the old joke about bankers: they will only lend you money when you can show that you don’t need it and slam the door in your face when you do need it. The joke captures the catch-22 faced by borrowers. Riklis came up with a beautiful solution to the problem which he described in the following words:

Mergers may serve several purposes, but they usually have one single aim at the start. That aim is to create a better and more rounded operation that can lead to more profitable results.

After the first acquisition of Rapid Electrotype, the determining factor in the success of all subsequent deals, has been effective use, or nonuse, of cash.

The point of cash can best be illustrated by asking the question: If you knew I was in a position to pay for the article I wished to buy would you give me credit? Of course, the answer is bound to be “yes” and vice-versa, if one did not have the cash to pay for the merchandise he wished to buy, he would certainly be required to pay cash.

So Riklis began hoarding his cash and flashing it in front of lenders whenever he was raising financing for a new acquisition. The sight of the cash served to assuage their anxiety about lending to Riklis and helped him to keep his equity stake to a minimum.

You can find out more about Riklis here: Tycoon Lessons from Meshulam Riklis