Most tycoons develop a business growth strategy for a particular industry and then stick to it. Not our hero Marcus Lemonis. Cars, cleaning products, popcorn, flowers, dog kennels, etc. he’s open to them all. The reason for this is that Marcus has developed expertise that’s transferable across industries. Specifically, he has a solid grasp of both finance and marketing. He knows enough about finance to be able to figure out the appropriate financial fix for a business. (If he needs to, he brings in a specialist as we have seen at least a couple of times now.) He also understand the basics of developing national brands. (Once again, he brings in specialists to design the logos and other details that constitute a brand.) If you watch a similar show called Hotel Impossible you will see the expert also relying on specialists to handle the details. No one needs to be an expert at everything. You just need to be able to pull together the right team in most cases. In some ways these guys are like a really good concierge in that they put you in touch with the right specialists.

So lets take a quick look at A. Stein Meat Products a Brooklyn company with $50 million in revenues, 47 employees, and then move onto the big lessons.

This is the easy part. We will take Marcus’ word on it that the company’s product line is good. I’m not a big red meat eater so would have no idea how to judge the merchandise. (By the way, my jaw hit the floor when the one partner ate the raw hamburger meat.) The company has a new line called Brooklyn Burgers which Marcus believes has big potential nationally.

Things appeared satisfactory on the operations side. The only room for improvement that Marcus identified was in the wasted space. He was subsequently able to reduce the floor space required for operations and save the company $5k per month.

On the marketing side there were some big problems. The contract the company had with a few sports venues appeared to be a complete waste of money. Stein was shelling out $400K per year to these places to use their hamburger meat. Marcus put a stop to it.

It’s in the accounting department that we found the mortal wound killing the company. For some strange reason this second generation family business lost control of its accounting systems with the result being that its customers stopped paying it. By the time Marcus came along the company was in dire straights with no more than a month’s worth of cash left.

How did Stein Meats end up on The Profit? I got a good chuckle out of this. One of its best employees, Donna, decided to just contact Marcus without first asking the two owners for permission. If the company survives, everyone will have Donna to thank for it. Donna is the type of employee you want on the payroll. She actually cares. In direct contrast there’s the foreman Frank who quite obviously lacks the skills needed for his job title and doesn’t really seem to understand what’s going on or even care.

Frankly speaking, the owners should hire a professional management team and demote themselves to sales where they could probably do a decent job of maintaining good relationships with their B2B customers.

To wrap up this summary, Marcus was initially prepared to put $1 million into the company for 50%. However, once his accountant looked at the books and informed him that it had just 30 days left, he withdrew the offer and came up with a new one.  After being told by the owners that they needed a fast $200K injection to keep the company afloat for awhile longer, Marcus told them that he would do it in exchange for full rights to their Brooklyn Burger brand. Once again Marcus sees a potential national brand.

Here are the two main reasons that Marcus appears to have god-like powers in the eyes of most of the owners.

First, most small business owners are technicians who rarely have even a basic understanding of business basics such as marketing and finance. So what happens then is that people who love cutting hair open up hair salons or barber shops, geeks who love technology start computer stores or tech support businesses, and butchers open meat shops or wholesalers. Having just the technical skill allows them to hit a certain low level of sales and no more. This is why in the business brokerage profession we talked about most owners only having a job to sell instead of a real business. It takes someone with a sound grounding in business skills such as finance and marketing to turn these cottage industry operations into real businesses which can then be sold one day for a good multiple of earnings.

Marcus has this expertise either personally or can access it through his team of in-house and outside experts.

The other reason he appears god-like is because he can write you a personal check for millions of dollars.

If you pay close attention to people’s facial expressions in the episodes, you see that most are in awe of Marcus and for good reason. Well, at least the smart ones are. The dumb or deluded ones think that they know better. 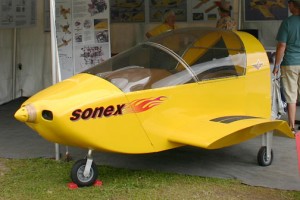 Here’s another important lesson from the episode and series as a whole. If you are going to play the tycoon game, you need to protect your capital. As soon as Marcus’s accountant told him to run for the hills he withdrew his original offer. He then looked for the deal’s escape pod. What if anything in the opportunity could allow him to preserve his capital and earn a good ROI instead of just walking away from the deal? This is where Brooklyn Burger came in. For $200K Marcus ended up with full rights to the concept. If Stein does end up going under eventually due to mismanagement, Brooklyn Burgers can just cut itself loose and find a new supplier. Ground beef is ground beef after all.

When you are watching the episodes try to spot Marcus’s escape pods. Hint: it’s usually the rights to a brand concept which can be rolled out nationally.

8 Responses to The Profit: Marcus Lemonis and Stein Meat Products