We’re definitely starting to see Marcus’s growth strategy evolve this second season. I refer to Marcus carving out a part of the original concept for an escape pod in event the main project fails or is simply a pass. This time around the escape pod is Tina’s protein treats.

Lets take a look at Sena’s Pro-fit gym. The owner, Michael, is a perfect example of someone who thinks that he has a business when in reality he only has a job. This truth usually sinks in when someone tries sell their business and discovers that no one wants to buy it. One of the primary tests to distinguish between a real business and a job is to ask the question: Does the owner have to be there all the time? 24/7? If he or she has to play a role in producing and delivering the service or product then it’s a job. With a real business the owner can be on the beach because trained staff and management are able to run the thing for extended periods.

Think of it this way, it doesn’t make economic sense to accept both a low income and the responsibility for fixed overhead. If you are willing to accept low income then get a job and let your employer fret over covering the overhead.

The main product consists of highly supervised fitness training classes that do not utilize weight-lifting equipment. I have been a gym member for many years and always preferred to work out by myself using a printed-out spreadsheet of exercises to do with only a minute’s rest between sets. This allows me to get in and out within an hour and have a very intense workout. You won’t catch me standing around shooting the breeze with fellow gym members. I also don’t like having trainers standing over me so Pro-fit’s approach would never win me over as a customer. Since I’m not the only person like this, I suspect Pro-fit has a very limited market. Even Tina does her workouts at another gym that has weight-lifting equipment.

The secondary opportunity consists of Tina’s homemade protein snacks which eliminate the bad aftertaste that these things are notorious for.

Pro-fit has little upside due to the fact that its floor space is severely limited allowing it to run only a few classes per day. On top of that it appears to be situated in a ghost town of a mall where all the nearby spaces sit empty. This means low visibility. Last year’s gross sales were an estimated $429K with $50K in profit.

Did anyone else find it odd that Marcus went on an exercise equipment shopping spree before he knew how the lease situation was going to conclude? Maybe that was just a case of bad editing?

If you ever wondered why smart business people advise married couples never to work together, now you know. Everyone needs some time and space away from their Pookie-Bear. Frankly speaking, Marcus was absolutely brilliant in splitting Tina off from the gym and bankrolling her protein bar business separately. He most likely saved their marriage as a result. As for Michael, well he’s entertaining. He cracked me up when he expressed his sincere dismay over the fact that his “dog bowl” was to be smaller than Marcus’s in reference to the proposed 75/25 equity split.

Now lets take a look at the most interesting issues in this episode. 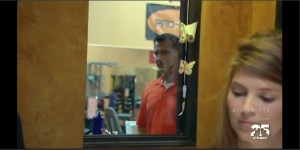 What the heck are they doing in there now?

I have to confess to initially wondering what was going on with Marcus assigning Michael the task of trying to break the lease. Was Marcus sending Michael on a Fool’s Errand because he needed an excuse for not partnering with him? It certainly was beginning to look that way based on the fact that Michael seemed more concerned with Tina’s new business opportunity than his own. I lost count of how many time Marcus had to shoo him away and tell him to go work on the lease problem.

Here’s the main point I want to share. Commercial leases are almost impossible to break if you’re a little guy or gal. When I worked as a broker and got a call from someone interested in listing their company for sale with me, one of the first issues I looked into was the lease. Could it be broken or at least assigned to a new owner? You’d be horrified at how many times the owner was locked in for the duration and couldn’t sell. The only businesses that have the ability to extract themselves from a commercial lease are large companies who had the leverage to negotiate escape clauses. Commercial space owners have always struck me as being the most stubborn business people on the planet. I have known many who preferred to see a space sit empty for years rather than rent or lease it out with a concession or two.

After Michael reported that he couldn’t break the lease, I expected Marcus to tell him that he was going to pass on the gym and just help Tina. Then to my surprise Marcus announced that he was going to sink some serious money into renovating the space. When Michael managed to throw a wrench in the works by altering the new floor plan without letting Marcus know, I wasn’t that surprised. Marcus was irate. Michael still has some work to do on containing his over-sized ego.

Marcus are you sure that you want to be even a majority partner in this business?

These days everyone wants businesses to be scalable. That’s a big part of the appeal of the Internet. You can go from zero customers to millions simply by plugging in additional servers as needed. That’s the big advantage of technology. That’s also the downside to the Internet. Everyone is chasing the same opportunities where only a few can be winners. This is the problem with any business category that has low barriers to entry.

With offline businesses you have less competition but typically far more complexity. Pro-fit is far from a scalable business for two main reasons. First, adding a new location is a lot more complicated than plugging in another server to help handle the growing web traffic. You need to scout out the location. Then you need to negotiate the lease. Then you need to build out the space according to your model. Then finally you need to hire and train your staff. Pro-fit needs highly trained people who can notice if someone is doing an exercise properly and correct them if they are not. This type of training takes time and money. On top of that, in my experience, most gyms have a high staff turnover. Gym work is seen as a way to have a pay check while you search for a real job. High turnover is costly to a business.

As always, best of luck to Michael, Tina, and Marcus, but personally I would have passed on Pro-fit. The protein bars are a coin toss. If you have money like Marcus you can afford to gamble a bit on these types of small deals.

Find out how Marcus Lemonis does it.

9 Responses to The Profit: Marcus Lemonis and Sena Pro-Fit