Tycoon Lessons from the Terminator

The meaning of life is to move ahead, to go up, to achieve, to conquer.

Back in May of 1990, I read a long article on Arnold Schwarzenegger in Smart magazine (which I still happen to have). The article described in detail his ability to continuously overcome great odds and win. For starters, Arnold was born and raised in a small village in Austria where most people aspired to nothing more than a steady job with the government. Unlike everyone around him, Arnold craved more from life. He wanted to achieve something great in his time. So as a teen he committed to becoming a body-building champion because he saw the sport as a means of getting to America. 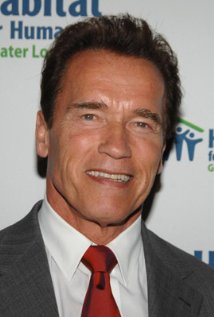 The plan worked spectacularly well due to his unrelenting will-power. Arnold quickly became the champion of champions in the sport. Years later, as his athletic career started to draw to a close, he switched his focus to becoming an actor in Hollywood. Once again, he faced huge odds because of his thick Austrian accent and massive physique. Yet once again, he succeeded in a most spectacular fashion by starring in a number of wildly successful movies, including the Terminator franchise.

The magazine article called him a real life Terminator. That was May of 1990. It’s 2015 now and after finishing his third career, in politics as governor of California, he’s back into acting.

Arnold represents the tycoon spirit in its truest form. He never procrastinates about doing what needs to be done next. In contrast most people can’t even take the first step towards their dreams. Pay particular attention to the parts where he talks about how and why he became a body-building champ. In a nutshell, he couldn’t wait to get to the gym because every set that he did meant he was that much closer to his goals. He brought this same attitude into business, acting, and politics. By the way, Arnold was a self-made real estate tycoon before he retired from body-building.

In this interview Arnold tells Tim where he got the confidence to pursue greatness and a lot of other interesting things.

If you want to learn more about Arnold Schwarzenegger, I recommend his recent biography.

What’s the next you need to take in life?

2 Responses to Tycoon Lessons from the Terminator