The Best Way to Get Rich as Always

So what’s the best way to get rich in America? The answer is the same one as always.

Own your own business.

You can do this by starting one from scratch and growing it or buying one–or a few.

Here is hard data from the IRS backing this: 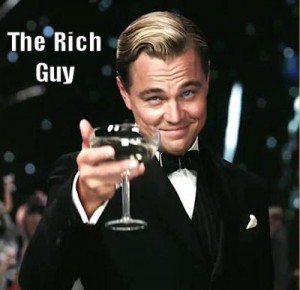 The IRS Statistics of Income Division, a place where fun surely must go to die, published “400 Individual Tax Returns Reporting the Largest Adjusted Gross Incomes Each Year, 1992-2009,” or in non government-speak, “400 People Who Earned a Freaking Boatload of Money.”

Where it gets interesting is how the top 400 made their money:

A career on Wall Street is another option for getting rich but few of us will have the credentials necessary to obtain employment with a top tier form such as Goldman Sachs.