The Profit: Marcus and Flex Watches

In this fourth episode of the fourth season Marcus responds to an SOS call from Flex Watches of Los Angeles.

Flex Watches was launched in 2010 by Trevor Jones and Travis Lubinsky who are childhood friends. The company is based around the schtick that it donates a percentage of its revenues to charitable causes. As for the product line itself, it’s a mile wide and consists mostly of cheaply priced models. In 2012 the company hit one million in revenues but sales have been plummeting ever since and the company is now stuck with half a million in non-moving inventory.

Luckily for Trevor and Travis our man Marcus is looking for an accessories business to add to his empire and Flex may just be the ticket!

A lot of people don’t realize that we still do the charity thing.

The first generation of watches retailed for around $35 and brought the company’s sales up to just under one million. The founders then decided to replace it with a second generation of models retailing for around $100 based on feedback from retailers who wanted fatter margins.  This move then triggered the collapse in sales down to less than $300k. There’s now a third generation of watches priced at around $65 but it’s not turning things around. An interesting observation to make here is that all three generations are completely different in look was well as price point. In other words, there’s no unifying theme with which to make sense of the company.

Last year Flex Watches sold only $279k worth of product and lost $75K.

The partners think the company is worth $2 million despite all this. Normally a valuation is based on a multiple of the profits of which there are none here. Sorry, guys. If you were selling the business right now you might get 50% of the inventory’s value or $250K ($500K x .5), and you’d be lucky.

Marcus offers $400K for 40% of the equity. In other words, Marcus places a $1 million valuation on it. The funds will be used to pay off debts, pay the founders a salary, and do marketing. The partners accept it. 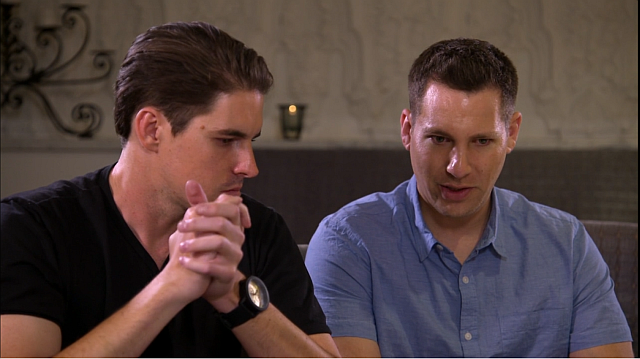 There’s some back and forth about whether or not the company should return to its first generation roots. Back at the beginning it offered ten color-coded watches which supported ten different charities giving the customer the opportunity to choose where their money went. Marcus sees the sense in going back because there’s a story there to wrap the marketing message around. Travis also adds to the challenges by continuing to rush through every project. If you need it done as of yesterday, Travis is your man. Just don’t expect good quality.

I will add that chief marketing officer Trevor has some …what’s the word I’m looking for? Unique, that’s it. Unique tastes in design. This could spell trouble.

-Marcus gets the guys to go back to the original concept of stressing the charity aspects of the business because it’s the foundation for a good marketing campaign.

-He comes up with an idea for the company to supply retailers with standalone display cases which will play for themselves quickly.

-Marcus then takes the guys to a local L.A branding shop, Oishii Creative, for a makeover. He also arranges to have a unique new box created for the watches.

-A meeting is set up with an online marketing guru to design a sales funnel.

-Finally, he starts introducing them to chains such as FlipFlops Shops which could carry their watches.

This is the best episode of the season to date.